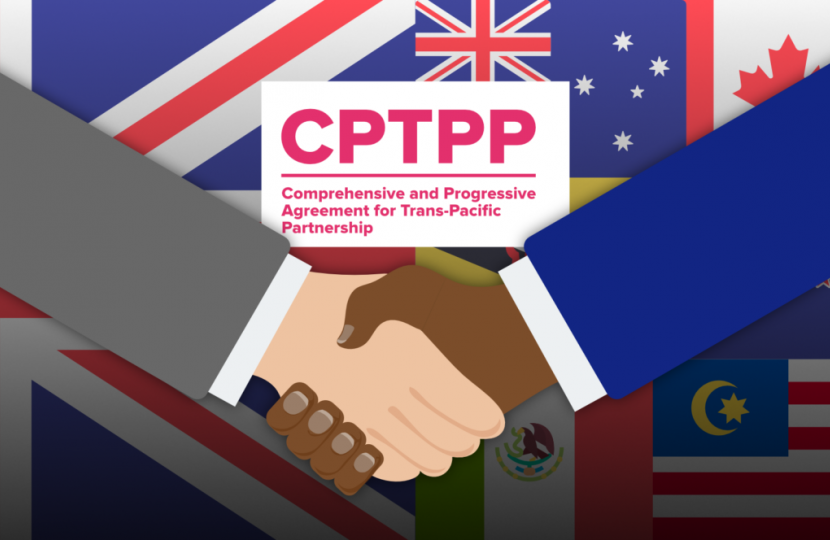 Rutland and Melton MP Alicia Kearns has welcomed that the UK has taken major steps in the process of joining CPTPP (Comprehensive and Progressive Agreement for Trans-Pacific Partnership), one of the world’s largest and most dynamic free trade areas.

The UK held preparatory conversations with all CPTPP members. If the UK decides to apply, it will enter into a formal accession negotiation with all member states.

This meeting follows major progress in negotiations between the UK and Japan, the beginning of negotiations with Australia and New Zealand, and the resumption of negotiations with Canada, as the UK looks to focus on trade with the dynamic Asia-Pacific region. CPTPP membership also provides an opportunity to expand trade links with key partners in the Americas.

The free trade area removes tariffs on 95% of goods traded between its members, which could reduce costs for businesses and create new economic opportunities for UK exporters. Since 2009 trade between the UK and CPTPP countries has grown on average by 6% every year and was worth over £112bn in 2019

“Joining CPTPP would send a powerful signal to the rest of the world that Britain is prepared to work with countries who champion free and fair trade.

“Membership would bring new opportunities for our businesses in Rutland and Melton, especially for our farmers, and will lead to greater choice and prices for consumers.”

“Strategically, membership would help us forge closer ties with the wider pacific region and put us in a stronger position to reshape global trading rules alongside countries who share our values.”

The partnership includes ambitious agreements on digital trade, data, financial, professional, and business services, all of which are areas where the UK is a global leader and stands to benefit from more trade.