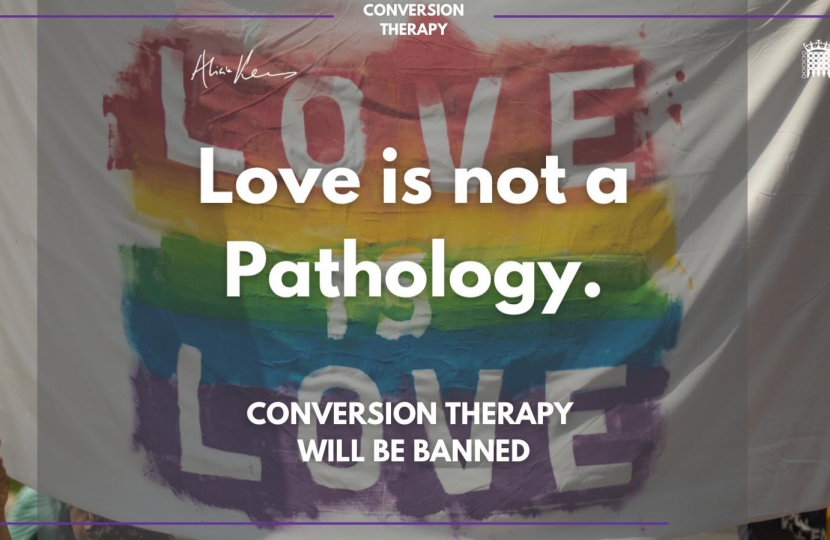 “The Queen’s speech today sends a very powerful message: love is not a pathology, and it does not need treating. LGBTQ+ so-called Conversion Therapy is little more than bigotry and quackery packaged up by sinister charlatans to snare and profit off the vulnerable.

“Since my election I’ve worked tirelessly to secure this ban, which is a tribute to the survivors of conversion therapy, to those whose lives were lost too soon because of this abhorrent abuse, and to all those hurting or made ashamed for being who they are.

“This ban will see our Government ensure that LGBTQ+ people have the liberty to live their lives free from identity-based violence and abuse.”

'Whatever our convictions, it is right that we should all be held to the highest standards of personal care and respect, and I welcome this announcement as an opportunity for co-operation and learning how to secure these standards and protect the vulnerable.'

Since her election in December 2019, MP for Rutland and Melton Alicia has led the campaign in Parliament to ban this practice, worked with campaigners such as Stephen Fry, former Archbishop of Canterbury the Rt. Revd. Dr Rowan Williams, the Coalition for the MOU against Conversion Therapy, the Ozanne Foundation, Stonewall, the Royal College of Psychotherapists, the Albany Trust, GLADD, Mermaids, the Inter-Religious Advisory Board of the Ozanne Foundation, and a number of further University and charity partners.