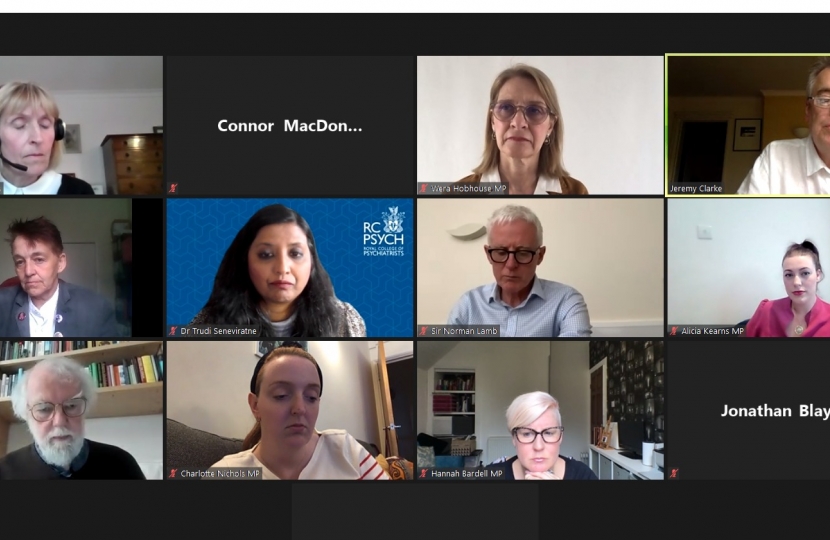 I was delighted to speak at a cross-party, cross-community event to ban conversion therapy in the United Kingdom.

Conversion therapy is an abhorrent set of fraudulent practices that traumatises victims, both mentally and physically. I am proud that colleagues from all sides of the House have spoken against this practice, including many Conservative MPs. The speakers were joined by over 40 parliamentarians and mental health professionals.

At the event we were joined by comedian Stephen Fry by recorded video, as well as leading members of the Royal College of Psychiatry, Dr Rowan Williams, former Archbishop of Canterbury, and spokespeople from every major political party.

I was privileged to speak about my work with colleagues, leading the charge to get a legislative ban in place. The UK has long been a world leader on LGBTQ+ rights, and it's about time we led the way in banning conversion therapy.