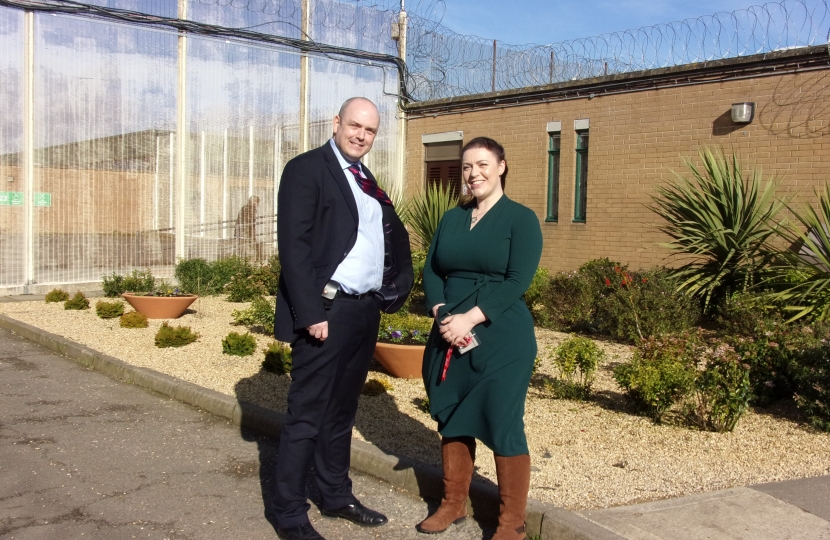 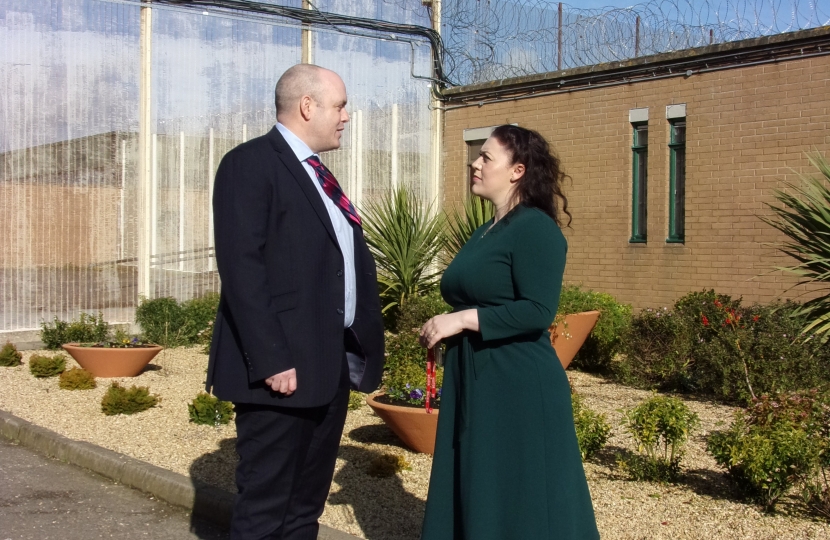 HMP Stocken is a category C closed training prison located in Rutland, which unfortunately experienced indiscipline last month on one of the housing units.

Following the incident, Alicia expressed her concerns in Parliament that despite guidelines stipulating that sentences for attacking prison staff should be served consecutively with prisoners other offences, they are often served concurrently.

On her visit to HMP Stocken on Monday, Alicia met and spoke to several Department Heads who were keen to share their views on how Prison Officers could be better supported. She also met Prisoners who are Veterans of the Armed Forces Programme when she visited the Prison’s new Veterans’ Wing.

“Thank you to HMP Stocken for giving me the opportunity to learn more about its progressive rehabilitative programmes. These programmes would not be possible without the unwavering hard work and dedication of HMP Stocken’s team, and particularly the leadership of the Governor Neil Thomas.

“The Team work tirelessly to improve the support and opportunities available to prisoners, and this must be recognised with robust support for our Prison Officers in return. Too often the work of Prison Officers is unknown to the public as it takes place behind the wire, but every day Prison Officers make our communities safer.

“One step in achieving this is to end the trend of concurrent sentences being handed out for attacking Prison Officers, and I will continue to champion this in Parliament”.

“HMP Stocken was delighted to welcome our newly elected Member of Parliament for Rutland and Melton Alicia Kearns to the prison.

“Alicia took time to meet with prison staff on the wings and hear about the important role they play in protecting the public and changing lives. All were left impressed by her knowledge, fortitude and compassion.”

Alicia Kearns continues to work with HMP Stocken and other local and national stakeholders to ensure that the law is fully enacted and that concurrent sentences are handed down for attacking Prison Officers.