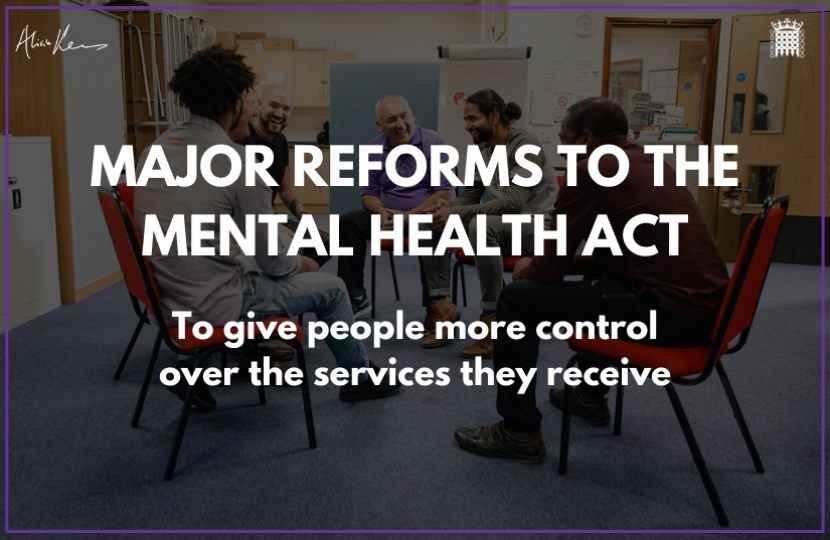 Today the Government announced major reforms to the Mental Health Act to give people more control over the services they receive. The Act, which is 40 years old, will be updated and brought into the 21st century.

At the heart of the proposed reforms to the Mental Health Act is greater choice and autonomy for patients in a mental health crisis, ensuring the act’s powers are used in the least restrictive way, that patients receive the care they need to help them recover and all patients are viewed and treated as individuals.

The Government will consult on a number of proposed changes, including:

The people of Melton deserve better than this and I am aghast at the proposal to refuse Government funds to deliver the long-awaited MMDR in full. We are so close to achieving this goal but Leicestershire County Council risks failing to hold up its end of the bargain and its duties to Melton.