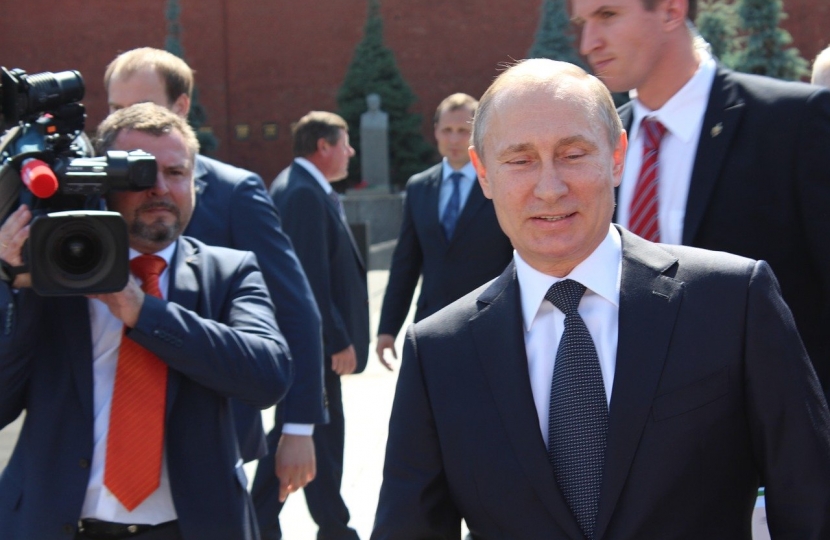 Contributed to this article in the Guardian newspaper by Patrick Wintour on diplomatic relations with Moscow in the wake of the Salisbury attack:

The UK will use a series of international summits this year to call for a comprehensive strategy to combat Russian disinformation and urge a rethink over traditional diplomatic dialogue with Moscow, following the Kremlin’s aggressive campaign of denials over the use of chemical weapons in the UK and Syria.

British diplomats plan to use four major summits this year – the G7, the G20, Nato and the European Union – to try to deepen the alliance against Russia hastily built by the Foreign Office after the poisoning of the former Russian double agent Sergei Skripal in Salisbury in March.

“The foreign secretary regards Russia’s response to Douma and Salisbury as a turning point and thinks there is international support to do more,” a Whitehall official said. “The areas the UK are most likely to pursue are countering Russian disinformation and finding a mechanism to enforce accountability for the use of chemical weapons.”

Former Foreign Office officials admit that an institutional reluctance to call out Russia once permeated British diplomatic thinking, but say that after the poisoning of Skripal and his daughter, Yulia, that attitude is evaporating.

A cross-party alliance in parliament has developed which sees the question of Russian corruption no longer through the prism of finance, but instead as a security and foreign policy threat, requiring fresh sanctions even if this causes short-term economic damage to the UK.

It is argued that votes by MPs this week over public registers of beneficial share ownership in Britain’s overseas territories and the introduction of Magnitsky-style sanctions belatedly gives the UK greater moral credibility to urge wavering countries to join an international alliance.

James Nixey, the head of the Russia and Eurasia programme at the thinktank Chatham House, said: “It’s hard to persuade even your closest allies to take tangible measures with impact if we’re not prepared to sacrifice some of the Russian investment in our own country and stick to a point of principle. Government statements on this have been either ambiguous or all over the place.”

In making its case to foreign ministries, the UK is arguing that Russian denials over Salisbury and Douma reveal a state uninterested in cooperating to reach a common understanding of the truth, but instead using both episodes to try systematically to divide western electorates and sow doubt.

Alicia Kearns, who ran the Foreign Office’s strategic counter-terrorism communications in Syria and Iraq, argues that Russia is seen as nearly unique in its willingness to conceal the truth.

“When we are dealing with most malign states or even terror groups, an element of truth is expected to increase the efficacy of their disinformation, but with Russia there is no commitment, or adherence, to the truth,” she told the Guardian. “For instance for the first 10 days that Russia was inside Syria, it insisted through a large propaganda campaign that its planes were only bombing Islamic State’s positions, and it was categorically not true.”

Russia’s critics say in case after case – the downing of Malaysia Airlines flight MH17 in 2014, the role of official Russian forces inside Ukraine, the murder of the former Russian spy Alexander Litvinenko on UK soil, the Syrian government’s repeated use of chemical weapons, the covert disruption in the western Balkans and repeated cyber-attacks – the west finds itself arguing with Russia not just about ideology, or interests, but Moscow’s simple denial, or questioning, of what the western governments perceive as unchallengeable facts.

“Putin is waging an information war designed to turn our strongest asset – freedom of speech – against us. Russia is trying to fix us through deception,” said Tom Tugendhat, the chairman of the foreign affairs select committee. Tugendhat argues Putin only responds if countries stand up to him.

Some argue this characterisation is Russophobic. Truth is always contested in international relations. Diplomats after all have always just been “good men sent abroad to lie for their country”. The US president, Donald Trump, has been described by his former FBI director James Comey as “untethered to the truth”.

British politicians are not alone in claiming Russia’s record of mendacity is not a personal trait of Putin’s, but a government-wide strategy that makes traditional diplomacy ineffective.

Angela Merkel, the German chancellor, famously came off one lengthy phone call with Putin – she had more than 40 in a year – to say he lived in a different world. David Cameron also once told friends that discussions with Putin were unlike with any other leader.

He told colleagues the normal assumption was that his interlocutors were speaking their version of the truth. “With Putin you came off the phone, and you were not quite sure he believed what he was saying,” Cameron said.

For some Baltic diplomats, Putin’s regime now lies so systematically that diplomatic dialogue is close to redundant. Linas Linkevičius, the Lithuanian foreign minister, said: “A lie isn’t an alternative point of view; it is simply a lie and needs to be identified as such. A T-90 tank in Ukraine isn’t just a ‘vehicle’. Propaganda is not a legitimate form of public diplomacy.”

According to Nixey, “diplomats have been part of the problem. We have known Russia has a fundamental disagreement with the west over the ‘post-cold war order’ for years, stretching back well before Georgia 2008. But diplomats are hard-wired to seek better relations. It is laudable in principle but logically you can’t have better relations with someone from whom you are getting a divorce due to irreconcilable differences.”

Kearns concurs. “There is a reluctance in the Foreign Office to be forceful in our calling out of Russian falsehoods, fearing that it could end or frustrate wider dialogue with Russia,” she said.

“But there has been a big shift in the wake of Ukraine, Syria and Salisbury. A firmer stance does not necessitate an increase in aggression or vitriol, but a recognition that when Russia – or any other nation’s – actions are unacceptable and there is a responsibility to hold them to account, and that by doing so, we can effect change.”