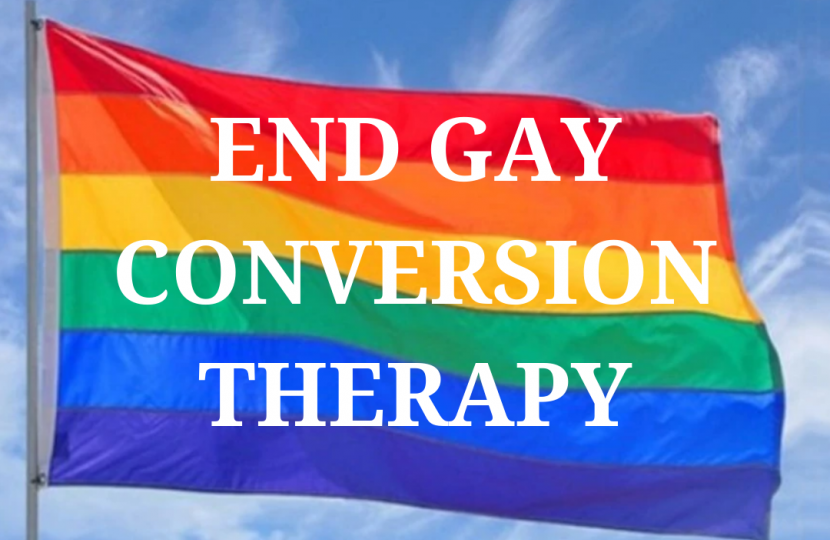 Rutland and Melton MP Alicia Kearns has gained assurances from the Equalities Minister that the Government intends to end gay conversion therapy.

In a written question to Kemi Badenoch MP, Ms Kearns highlighted the international condemnation of this abhorrent practice and urged the Minister to bring forward legislative proposals to ban gay conversion therapy.

Alicia has also recently organised a meeting of MPs with the Secretary of State Liz Truss to discuss the issue and show their support for ending the abusive so-called therapy.

Alicia continues to urge the Government to set out its timeline for ending the abusive practice at the earliest opportunity.

To ask the Minister for Women and Equalities, what assessment she has made of the implications for her policies of (a) the UK Council of Psychotherapy Conversion Therapy Consensus Statement, published in June 2014, and (b) the decisions of the governments of (i) Germany, with reference to the BBC News article of 8 May 2020 entitled Germany passes law banning gay conversion therapy for minors, and (ii) Canada, with reference to amendments by the Canadian Government to the Criminal Code of Canada, to ban conversion therapy; and what recent discussions she has had with Cabinet colleagues on bringing forward legislative proposals to ban practice of that therapy. (55057)

Answer by Kemi Badenoch, the Minister for Women and Equalities:

The Government takes this issue very seriously and fundamentally disagrees with attempts to forcibly change someone’s sexuality. I am working with colleagues across Government on this issue, and we will outline plans to end its practice in due course.

As part of ongoing engagement with healthcare stakeholders and other Government Departments, GEO officials have been reviewing all relevant statements, including the 2014 statement and more recent developments, in order to inform thinking around future proposals.

We are aware of the developments that have been made in Germany, Canada and elsewhere. Officials are in discussion with international policy counterparts, in order to fully understand the detail around their measures, and to inform the UK’s next steps.