What Does Our Friendship Mean for the Kurds? 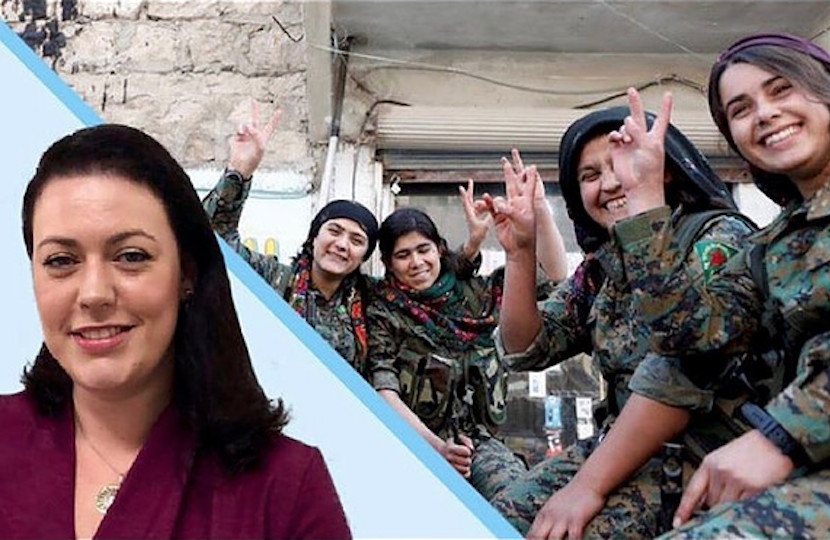 Turkey has said its offensive in North East Syria will last eight further days. Eight more days of a unilateral and undisciplined offensive which has seen Turkey bomb a detention camp holding Daesh (ISIS) prisoners likely allowing some to escape; and almost shelling a US military base. Its forces have reportedly killed over a hundred civilians, caused over 130,000 civilians to flee, committed roadside executions, and murdered Kurdish politician Hervin Khalaf, Secretary General of the Future Syria Party. The Turkish government has vilified and degraded the Kurdish people as part of its justification for this incursion; however its true objective in this offensive is not to protect itself from some grievous threat – but to bring the Kurds to heel, allowing Erdoğan to firm up his domestic base.

But on Sunday the Kurds and the Assad Regime announced that they had struck a deal, and that the Kurds will surrender Kobane and Manbij to Assad’s forces. It has long been said the Kurds have no friends but the mountains, and as a result of the United State’s withdrawal and Turkey’s offensive this has been proven to be true: they have been driven to do a deal with the Assad Regime, which also bears no love for the Kurds. This deal is to save their lives, to stop them being massacred. But many Kurds will still have to flee, as they will be known for speaking out against the Assad regime’s many atrocities. This deal is a win for the Assad regime and its backers. Whether Turkey will persist now they are pitted against the Assad regime, its backers and the Kurds we shall have to wait and see. I suspect Russia will offer to broker a settlement between Turkey and the Assad regime (with minority input from the Kurds), and it will use its influence to bring the two sides to heel and secure an agreement that furthers Russia’s goals in the region and presents it as a global peace broker.

Beyond the wrongness of the Turkish offensive itself, there is shared concern of the impact of this aggression on a more universal threat: Daesh. The terror group is not defeated. You can never defeat an ideology and it will continue to inspire, recruit and cause harm. Daesh had been reduced to an insurgent force operating on the borders of Iraq and Syria, conducting opportunistic kidnappings, attacks and bombings against football stadiums and other targets. The Turkish invasion has forced the Kurds to rush to defend their communities, only recently liberated for the tyranny of Daesh. This leaves the detention centres they policed (keeping us and our allies safer) unmanned and creates instability and an operating environment ripe for the activities of nefarious individuals and groups. The Assad regime has shown itself to be woeful in its ability to defeat Daesh. Just weeks ago, Daesh’s so-called Caliph Abu Bakr al-Baghdadi called for Daesh members and supporters to rise up and re-form, and in the process break out their fellow terrorists from these centres. Syrian Democratic Forces (SDF) guards at the Ein Eissa camp which holds around 12,000 people were stormed by ‘mercenaries’ which reportedly resulted in the escape of almost a thousand Daesh terrorists and family members. Now they have their chance and they’re taking it.

The US no longer has a strategy in the Middle East, or to contain the remnants of Daesh. This was made clear by Trump reportedly making the decision to withdraw troops during a phone call with President Erdoğan. The Kurds were given no warning. The Global Coalition, of which the US is a member, was given no warning. The UK is however making some efforts. Together with France we have co-sponsored a motion at the UN Security Council – condemning Erdoğan’s military action and offering to help broker a ceasefire; but the Government machine must be nimbler and more effective.

We wait to see what impact the deal the Kurds have reached with Assad will have, but we should join our allies in suspending arms exports to Turkey, which run to hundreds of millions and include components for combat helicopters and aircraft which may currently be being deployed against our allies the SDF. We should impose punitive economic sanctions and do all we can to minimise civilian casualties by seeking to limit the parameters of the offensive. Most of all we should encourage our ally the USA not to withdraw further, and to use its presence to protect civilian life. It is those with boots on the ground that can shape the outcome of this conflict. After the Turkish military almost shelled US forces the US Government had a chance to say ‘enough is enough’, and that the offensive must halt immediately. This could have created the space for international negotiations and a ceasefire, and prevented the Kurds from being forced to broker with Assad, but they did not.

The UK must do more, and that starts with transitioning from expressing sympathy and support, to a meaningful, long-term position. Walk the corridors of Whitehall and you’ll gain the vague notion that the Kurds are our friends and allies, but we are uncertain on what that friendship means or extends to. We must publicly declare ourselves as ardent advocates for the Kurds and determine what policy decisions and implications that has. This may not be comfortable, it will challenge a lot of Government’s existing thinking and policies, but it is the right thing to do. In the short term, this means pushing for a ceasefire and securing a Turkish withdrawal; in the long term it means supporting the right of all to selfgovernment.

We must take a meaningful position on what friendship means to us.

Rutland and Melton MP Alicia Kearns has welcomed the establishment of an independent Trade and Agriculture Commission (TAC) to represent farmers, retailers and consumers across the UK.

Thank you to Free Market Conservatives for inviting me to share my thoughts on Turkey's offensive in North East Syria.