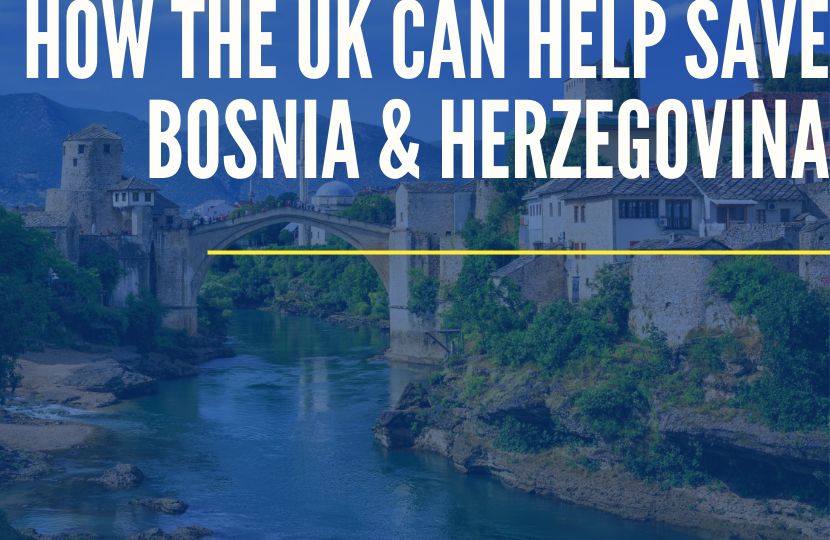 Bosnia is on the verge of collapse - and the UK can help to save it.

As Chair of the All-Party Parliamentary Group for Bosnia, I am working with the UK Government, other MPs, the British Embassy in Bosnia and the Bosnian Embassy in the UK to find a way to prevent genocide happening.

Many in the UK don't know about Bosnia - and have forgotten the War.

Bosnia saw a terrible war from 1992-1995 - and the British Armed Forces played an honourable part in that war.

The Peace Agreement, signed in Dayton in 1995, created a new, multi-national state.

Now, Bosnia is on the verge of collapse once again. I have a plan to stop that from happening.

Plan for how the UK can help prevent conflict

On Thursday, following a debate on preserving peace in Bosnia organised by Chair of the All-Party Parliamentary Group for Bosnia and Herzegovina Alicia Kearns MP, the House of Commons unanimously decided to support the Dayton Agreement, the High Representative to Bosnia and Herzegovina, who was present in the public gallery, and called for the U.K. Government and its allies to ensure peace and stability in the Western Balkans... [Read more] Alicia Kearns MP was interviewed by leading Bosnian news channel N1, about what the British Parliament is doing to help maintain peace in Bosnia.

Alicia Kearns speaks to the Council on Geostrategy 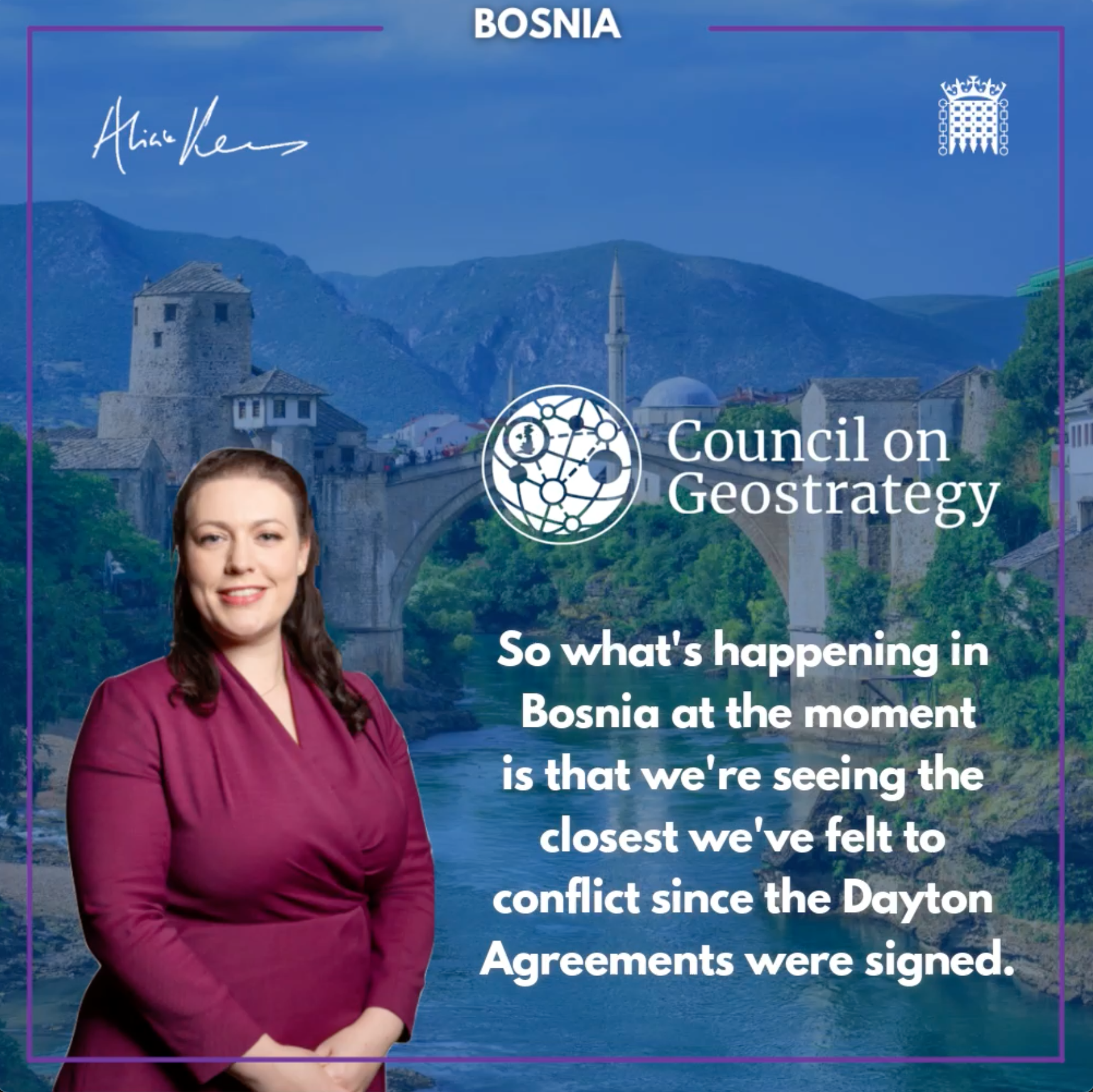 Alicia Kearns speaks to the Council on Geostrategy's podcast about why Britain's has to take a leading role in preserving peace in Bosnia.

You can listen to the full interview here.

Alicia Kearns writes for The Express

The West is under attack every day. Our values of freedom of the individual, speech and belief, as well as self-determination and democracy, risk being one generation away from vanishing... [Read More] 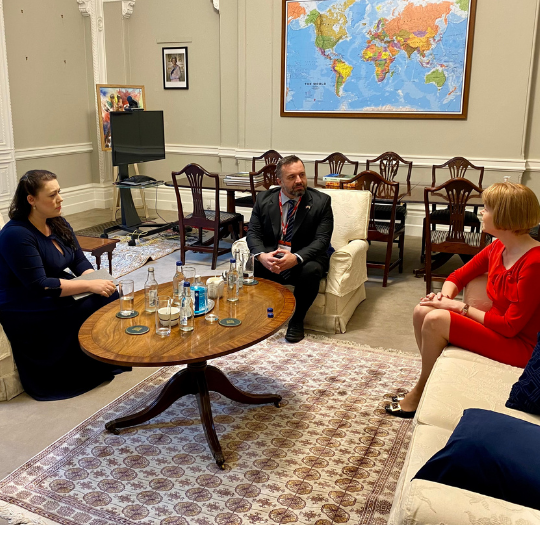 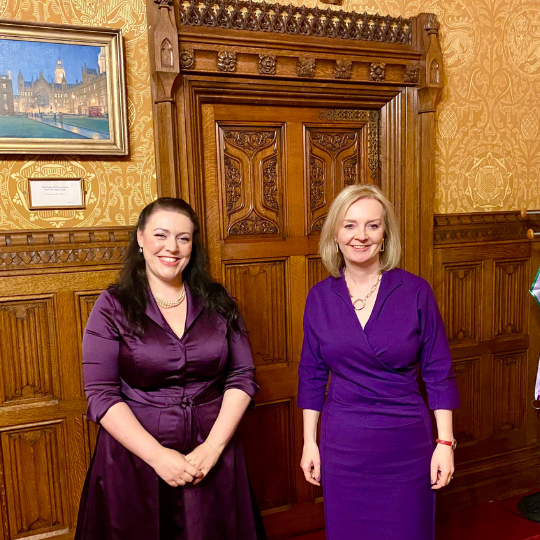 Alicia Kearns secures a commitment from Defence Secretary Ben Wallace that the UK will work with NATO to increase a peacekeeping force in Bosnia - including a UK Ministerial visit. 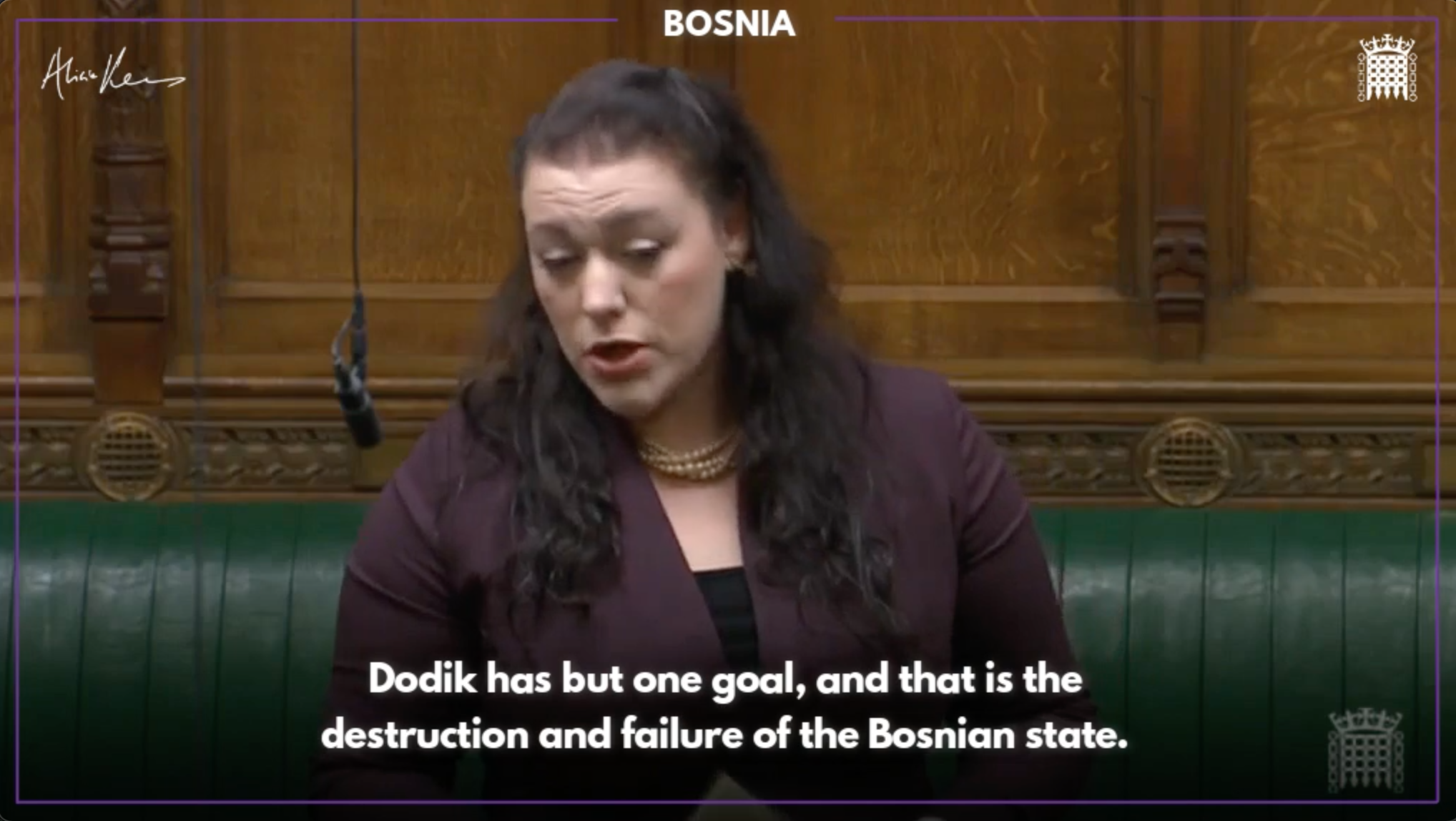 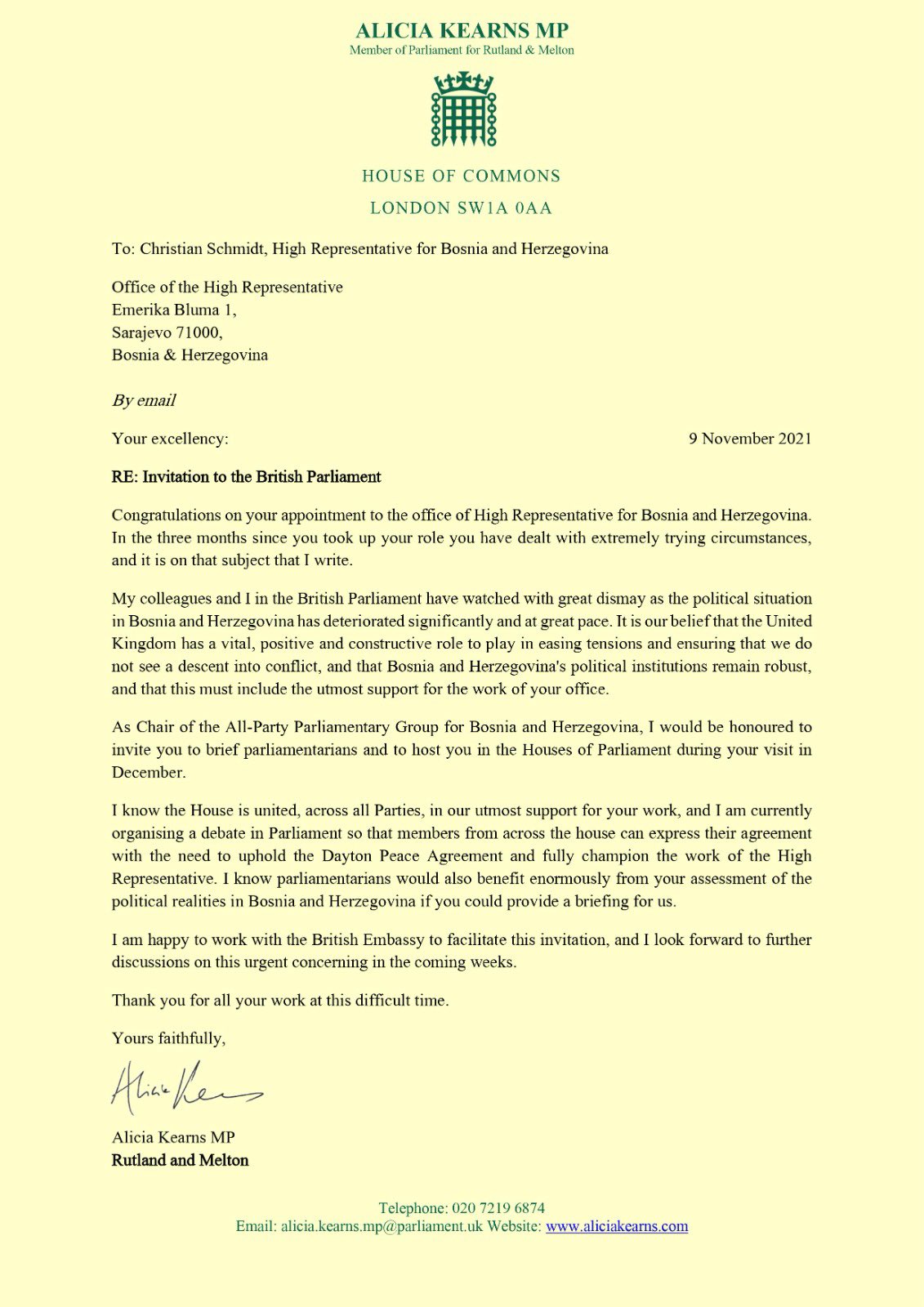 Alicia Kearns writes about Bosnia for The Times

Alicia Kearns wrote in The Times 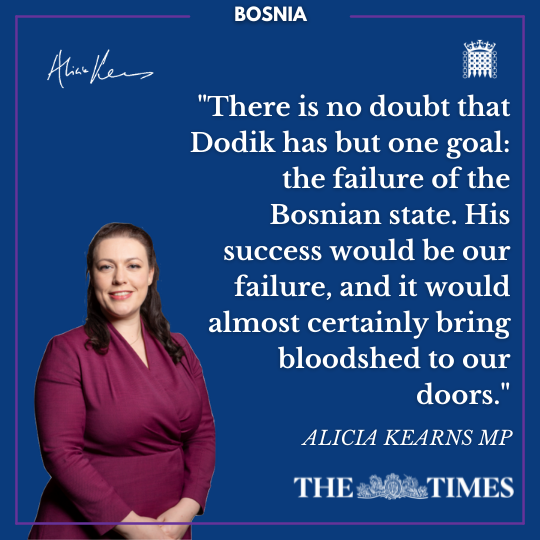 The integrity and stability of Bosnia and Herzegovina is under attack. Just 25 years since the first genocide in Europe since the Second World War, the prospect of the disintegration of Bosnia, and armed conflict, is a real possibility.

It is only through dialogue, respect and co-operation that Bosnia will succeed, and presently its delicately balanced power-sharing agreement is being trampled upon by the Serbian member of the state Presidency, Bosnian Serb leader Milorad Dodik. Some may say that Dodik has a habit of marching the international community to the top of the hill and then marching down again having won small victories that contribute to his long-term goals. That has its roots in truth – but every time he marches back down, he has a long-standing habit of not getting quite to the bottom. As recently as 2017, he was sanctioned by the US for obstructing the Dayton accords. So why is this time different?... [Read more]