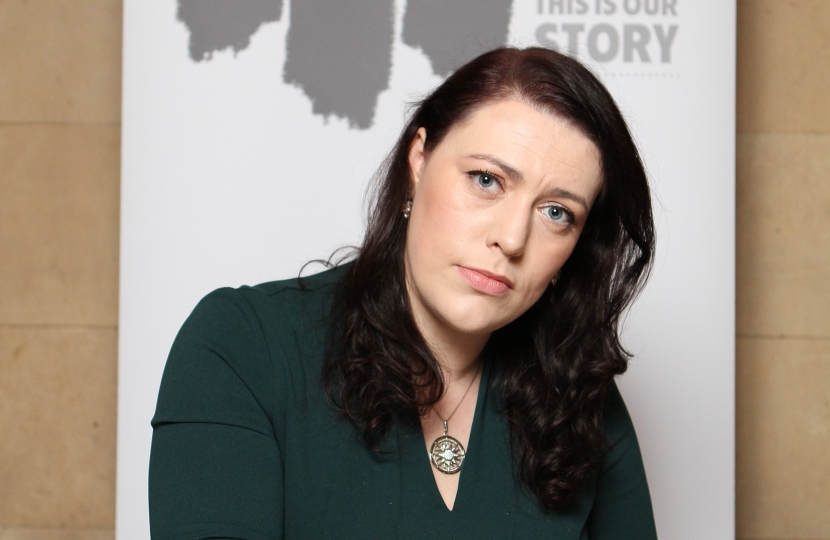 This week, Alicia Kearns MP signed the Holocaust Educational Trust's Book of Commitment, honoring those who were murdered during the Holocaust as well as paying tribute to the extraordinary Holocaust survivors who work tirelessly to educate young people today.

On Thursday, Alicia made a passionate and emotional speech in the Holocaust Memorial Day debate, urging her colleagues to "commit to build empathy, to build understanding and to say no to hatred". In her speech, Ms Kearns recounted the story of a young girl who was evacuated to Oakham having come to Britain on the Kindertransport.

"I was honored to speak in this year's Holocaust Memorial Day debate and sign the Book of Commitment. As the Holocaust moves from living history to just history, it becomes ever more important to remember the victims of this senseless atrocity and pay tribute to the survivors".

This year marks 75 years since the liberation of Europe's concentration camps and the end of the Second World War. In the lead up to and on Holocaust Memorial Day, thousands of commemorative events will be arranged by schools, faith groups and community organisations across the country, remembering all the victims of the Holocaust and subsequent genocides. The theme for this year’s commemorations is ‘Stand Together’.

Statement on the lockdown restrictions

While the number of deaths and patients admitted to hospital continues to fall, the weekly survey by the Office of National Statistics reported that the prevalence of the virus in England’s communities is likely to be rising for the first time since May.