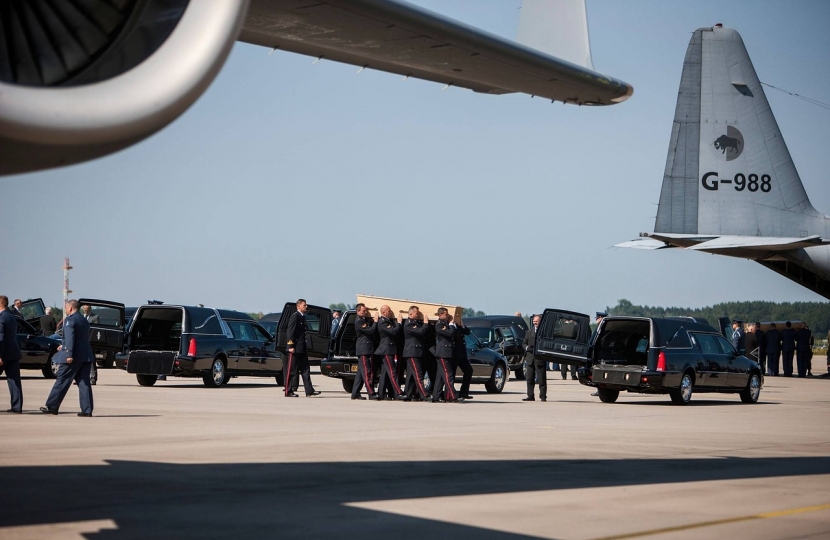 Where is the justice for the 298 people murdered on this day four years ago, when #MH17 was shot down?

Innocent travellers, murdered by a Russian provided, and possibly operated, Buk-M1 missile launcher from its 53rd Anti-Aircraft Rocket Brigade. The denial of culpability is vile.

I remember working in the Ministry of Defence on the day #MH17 was shot down. We knew immediately that the ability of Ukranian groups in Donbass to carry out a ground to air missile assault of this type was not very plausible. Even then, I knew justice would not be forthcoming.

How can the international system claim to function, when Russia is able to veto at the security council any attempt to give the victims and their families justice? Russia’s culpability is so strong that they have vetoed even the creation of an international tribunal - because the evidence is clear. As Mi6 concluded: “beyond any reasonable doubt the Russian military supplied and subsequently recovered the missile launcher”.

An enormous debt is due to Eliot Higgins and Bellingcat who have refused to be silenced, and have worked tirelessly to expose the evidence of Russia’s responsibility for the murders of 298 innocent civilians as it attempted to further its illegal invasion of Ukraine.

A Russian GRU commander has been identified through this research - please read the full evidence in this link, his involvement is key. https://www.bellingcat.com/…/mh17-russian-gru-commander-or…/

We must continue to press for justice, and we must ensure that each of us does not become numb to the shock and horror we felt as we watched the scenes on this day four years ago.

Because to forget, or dampen our feelings, is to dishonour all those murdered that day.