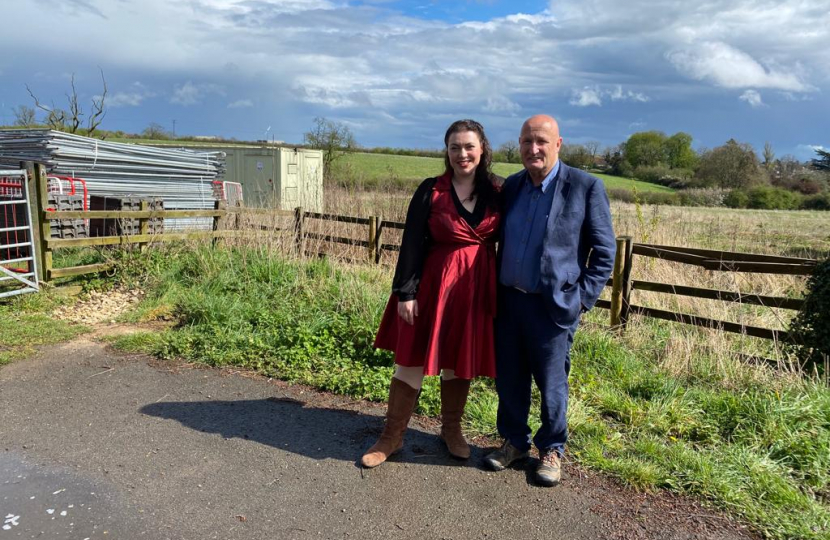 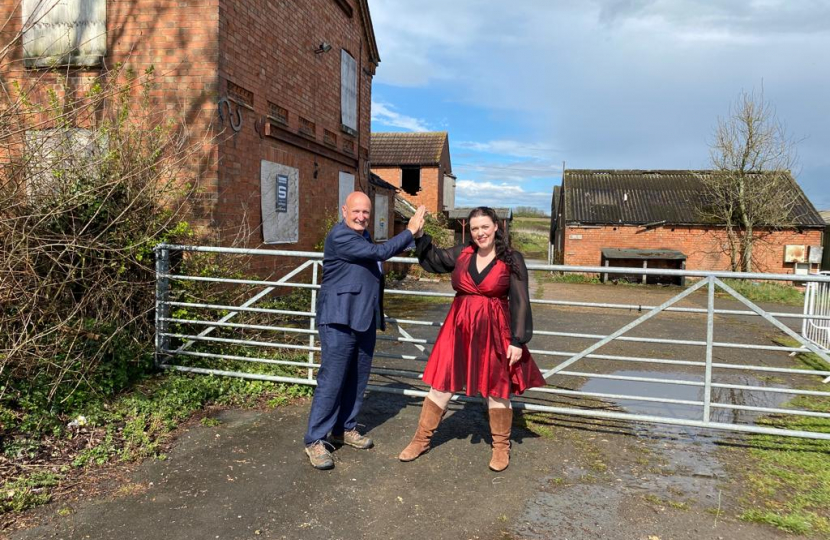 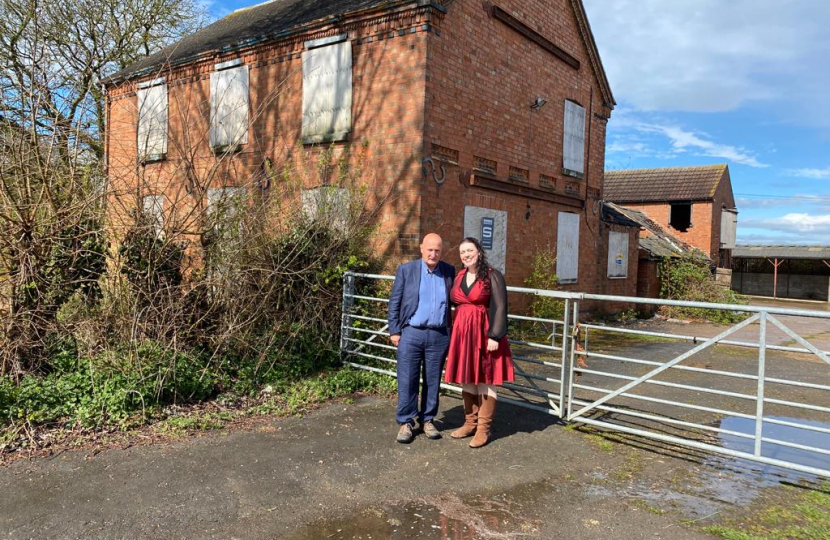 Alicia Kearns MP has welcomed the first work being undertaken on the long-awaited MMDR, with the demolition of Sysonby Farm on Nottingham Road.

This is the first step on the long road to Melton getting its long-awaited bypass, over forty years after it was first proposed.

Less than a year ago, the Southern section of the road seemed to be at risk, but following 2,753 signatures on a public petition and concerted action by Alicia Kearns MP and Melton Borough Council, it was confirmed shortly before Christmas that a funding formula acceptable to Melton Borough Council and Leicestershire County Council had been reached.

This road has the potential to unlock up to £160 million in investment in Melton Mowbray, in addition to relief of traffic in the town centre.

Over the next few months, ‘remedial and demolition’ work, such as today’s demolition, will continue in earnest, with the beginning of construction of the road expected to begin early in 2023.

“For a generation, Melton Mowbray has been asking for a bypass. Now, forty years on, this important project, that will give our town the future it deserves, is finally underway.

“I know how hard it has been to get to this stage, and I almost can’t believe that the first work has finally started.

“I’m so grateful to Cllr Joe Orson for all he’s done to get the MMDR to this stage.

“This is very much the beginning of an even brighter future for Melton.”

“Finally we can see work taking place.  The relief road has been talked about for so long it’s great to see work on the ground.

“This is just the start and at the early stages but it’s a significant moment for the future of Melton and I want to thank everyone who has worked tirelessly to get us to this stage, especially our MP Alicia Kearns and Leicestershire County Council colleagues.”

Invest in Our Roads and Local Transport

I want to improve our road networks across Rutland and Melton so we can get to work, and back to our families, safely.